Grab your visitors' attention front and center on your homepage, then give them an action to take.

Design-Build (DB) continues to progress as the delivery method of choice for many public owners – federal, state and local on infrastructure projects.  Those owners find attractive the ability to (a) contract on a fixed price basis with a design builder who is responsible for both design and construction and (b) transfer substantial risk – traditionally retained by the owner – to that design-builder.

Many Design Builders respond to Owner DB RFPs with aggressive pricing proposal and sometimes unrealistic assumptions and expectations as to the details of (post-award) final design development details and construction cost.

What do these owner objectives and Design-Builder practices in DB procurement and contracting mean for the professional liability risk of consulting engineers engaged as (the “Consulting Engineer”) subconsultants to the Design-Builder?

That question and its answer will be the focus of this Webinar.

Presenter:
David J. Hatem is a partner in the Boston-based law firm Donovan Hatem LLP. Nationally recognized for his expertise in representing engineers, architects and construction management professionals, David leads the  firm’s Professional Practices Group which serves design professionals and has been practicing law for approximately 40 years and has served as ACEC/MA Counsel since 1988. In recognition of his extraordinary career dedicated to the engineering sector, David received the Engineering Center Education Trust 2016 “Leadership in Professional Practice Legal Services” award and the 2008 ACEC Distinguished Service Award. He teaches Legal Aspects of Engineering at Tufts University and Legal Aspects of Civil Engineering at Northeastern University Graduate School of Engineering. He has authored and edited numerous articles and publications in his field of expertise, including the third (2020) edition of Public-Private Partnerships and Design-Build: Opportunities and Risks for Consulting Engineers, Subsurface Conditions: Risk Management for Design and Construction Management Professionals, Design-Build Subsurface Projects, and Megaprojects:  Challenges and Recommended Practices.

ONLINE REGISTRATION IS NOW CLOSED.
If you’d still like to attend, please email acec.ca.bbc@gmail.com, and we’ll send you the Zoom link.

Thank you to sponsors (click on their logo to find out more)!

We are honored to be joined by Senator Scott Wiener, who is up for reelection this November in California’s 11th Senate District. Senator Wiener will speak with attendees about upcoming infrastructure projects he supports, financial impacts from the pandemic that may affect all Californians, as well as answer your questions. For the second half of our webinar, we will hear from SFPW’s Acting Director Alaric Degrafinried. The event will be moderated by Darlene Gee, Senior Vice President at HTNB.

Speaker: Senator Scott Wiener represents San Francisco and northern San Mateo County in the California State Senate. Elected in 2016, Senator Wiener focuses extensively on housing, transportation, civil rights, criminal justice reform, clean energy, and alleviating poverty. He chairs the Senate Housing Committee and also chairs the California Legislative LGBTQ Caucus. Before being elected to the Senate, Senator Wiener served as a member of the San Francisco Board of Supervisors, representing the district previously represented by Harvey Milk, and chaired the SFCTA. Before being elected to office, Senator Wiener practiced law for 15 years, including nearly a decade as a Deputy City Attorney in the San Francisco City Attorneys Office. He also served in a number of community leadership roles, including co-chair of the San Francisco LGBT Community Center and on the national Board of Directors of the Human Rights Campaign. Senator Wiener has lived in San Francisco’s Castro neighborhood since 1997. He received degrees from Duke University and Harvard Law School and spent a year in Chile on a Fulbright Scholarship.

Speaker: Alaric Degrafinried was appointed Acting Director of Public Works on January 28, 2020. He joined the City in 2007 as Contract Compliance Officer with the Human Rights Commission and then managed the commission’s Local Business Enterprise Division. He moved to the San Francisco Public Utilities Commission in 2011 to manage professional services contracts and was promoted to manager of the agency’s Contract Administration Bureau. He joined the San Francisco Office of Contract Administration in 2017 as deputy director and assumed the top post and the role of City Purchaser in 2018. Mr. Degrafinried grew up in Denver and after graduating from the University of Colorado at Boulder with a bachelor’s degree in accounting. However, after seven years there, he knew he wanted to do more with his life, which included giving back to the community.

Moderator: Darlene Gee, PE is a Senior Vice-President with HNTB Corporation. She is located in the San Francisco Bay Area and is part of HNTBs national practice. Ms. Gee has more than 40 years of experience in consulting engineering for public and private sector organizations in the San Francisco Bay Area. She specializes in transportation, and has had responsible charge for the planning, design, and construction management of over $6 billion of new and rehabilitated Bay Area transit, rail, highway and bridge projects during her career. Additionally, Darlene is an elected official currently serving as the Mayor for the City of Orinda.

Join Katie Miller for an action filled 90-minute virtual session that will focus on leading successfully through all stages of your career.  This program will provide you with the tools you will need to 1) understand leadership behaviors needed at all levels of your career, 2) be aware of your values and trigger points that might lead to conflict, and 3) successfully manage your way through conflict leading to better collaboration and overall results.

We all go through stages in our career that require us to understand the complexities and needs of our role, to align and build trust with our colleagues, and to work with people that think and operate differently from us.  This is a given. What we don’t always know is how to navigate these stages with grace and success. This will be the focus of this important event. In addition to learning from Katie, you will have the opportunity to engage with your peers in both large and small group activities. It’s an event not to be missed!

Registration is closed. Late registrations should send an email request to acec.ca.bbc@gmail.com

In today’s unusual and uncertain business climate, promoting much-needed public works projects and fighting for funding of public infrastructure is paramount. With agency resources limited, the procurement of professional services becomes more and more necessary and far more complicated than any of us would like. To address these disparities, the BBC is starting up three liaison committees with local and state agencies to open the dialog and promote partnership. These committees, consisting of leadership from the agency and organized by leaders from private sector firms, will gather quarterly to discuss a wide-range of topics as they relate to the chosen agency. Initially, these will be done virtually, but we will have these meetings face to face when it is safe to do so.

These are BBC MEMBER-ONLY meetings. If you work for one of our member firms, then you’re a member too! Check here to see if you firm is a BBC member.

Our first such meeting is a panel discussion with Caltrans District 4 on such subjects as: the Calmentor program, upcoming contracting opportunities, and range of other topics. This will also be a great opportunity for YOU to ask Caltrans questions! 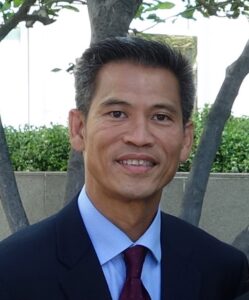 Doanh Nguyen is the Caltrans Bay Area’s Deputy Director for Program/Project Management, and oversees the $8 billion capital improvement program for the Bay Area’s nine counties and seven toll bridges. From design, construction to management for over 30 years, Doanh embraces the Caltrans efforts and partnerships to improve safety and quality of life for the traveling public and the surrounding communities. Balancing work, Doanh enjoys family time, the outdoors, sports and running. 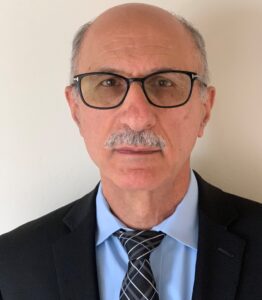 Ali Banani is the Office Chief of the Consultant Services in District 4, responsible for planning and management of the consultant contracts and inter-agency agreements in support of the project delivery. His office also oversees the Drafting Services and manages the District 4 Calmentor Program and the Professional Liaison meeting. Ali has been with District 4 for 20 years. Prior to joining Caltrans, he worked as a geotechnical engineer with several private engineering firms for over 13 years. 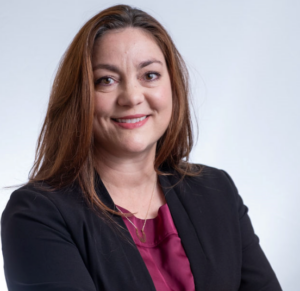 Carie Montero is an Associate Vice President at HNTB. She has 24 years of expertise in all aspects of CEQA and NEPA compliance, regulatory permitting, and cultural resource management (NHPA Section 106 and CEQA), as well as experience with complex transportation, design-build water infrastructure, land development, and power projects.

Online ticket sales are closed. If you’d still like to participate, send an email to: acec.ca.bbc@gmail.com and we’ll send you the Zoom link.

Thanks to our sponsors! RRM Design Group and Mott MacDonald! 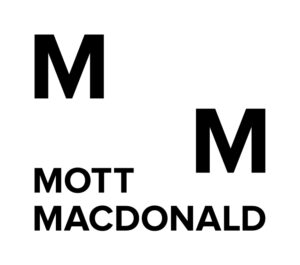 As cities respond to extreme weather and public health threats, our critical infrastructure must adapt to changing conditions to continue to support our communities. Resiliency and sustainability are increasingly important priorities for infrastructure owners, designers, builders, and operators. There are a number of environmental certifications which aim to integrating these priorities into projects, such as Envision. Public agencies are using certifications such as Envision to assess and improve sustainability performance, including certification requirements in Requests for Qualifications and Requests for Proposals, and demonstrating project success by pursuing certification awards. Join our panel of experts as we discuss Envision and other certifications in the context of infrastructure, and learn how sustainability and resiliency can lead to a competitive advantage for projects, agencies, and engineering firms.

Join our panel of experts as we discuss

Morgan Abbett, HDR is a civil engineer and sustainability consultant at HDR with a focus on water infrastructure. She helps teams integrate sustainability and resiliency into projects and programs in her local Bay Area, across the US, and internationally. Morgan is an accredited Envision verifier and trainer. Morgan chairs the ASCE San Francisco Section Sustainability Committee, serves as secretary of Engineers Without Borders’ San Francisco Professional Chapter, and represents Young Professionals on the Board of HDRs Foundation.

Justin Waples, Central Contra Costa Sanitary District is a Professional Civil Engineer licensed in California, with a Water Resources and Environmental focus. Justin is a graduate of the Water Environment Federations (WEF) Water Leadership Institute and a Lead for the WEF Envision Taskforce, as well as a member of the Institute for Sustainable Infrastructures Outreach Taskforce.  Justin is the Collection Systems prime engineer for Central Contra Costa Sanitary Districts (Central Sans) Planning and Applied Research Workgroup.

Feliz Ventura, Hatch focuses on making the business case for climate adaptation for clients shaping the built environment in the 21st century at Hatch Urban Solutions. She leads analyses of the new economic realities that stem from climate change for some of the worlds largest cities, governments and companies needing to make decisions for long-lived investments that will be subject to significant climate impacts. She has worked across the Americas, Europe and Asia, and is a graduate of Pomona College and the University of California at San Diego.

Application forms and information can be found here.

The WTS Annual Awards and Holiday Gala are teaming up for our biggest event of the year! Come for the keynote and awards presentations – stay for the post-event Holiday Social Hour and door prizes! Join fellow WTS members and industry colleagues as we recognize this year’s outstanding students, professionals, and projects. Share in holiday cheer by gathering with us to bid 2020 farewell and welcome in the New Year. We will also take a moment to celebrate the recent appointments of key officials in our Bay Area transportation agencies.

All funds collected from ticket sales will be considered donations and will go directly to the WTS Foundation for scholarships. Ticket purchase is a financial commitment, and no refunds will be issued. If you are unable to attend, you may transfer your ticket to another person by updating the attendee information through this site.

Zoom link to the event will be emailed prior to December 2.

For more information about the event or on how to purchase event sponsorships, please contact:

Not a member? Join today: wtsinternational.org